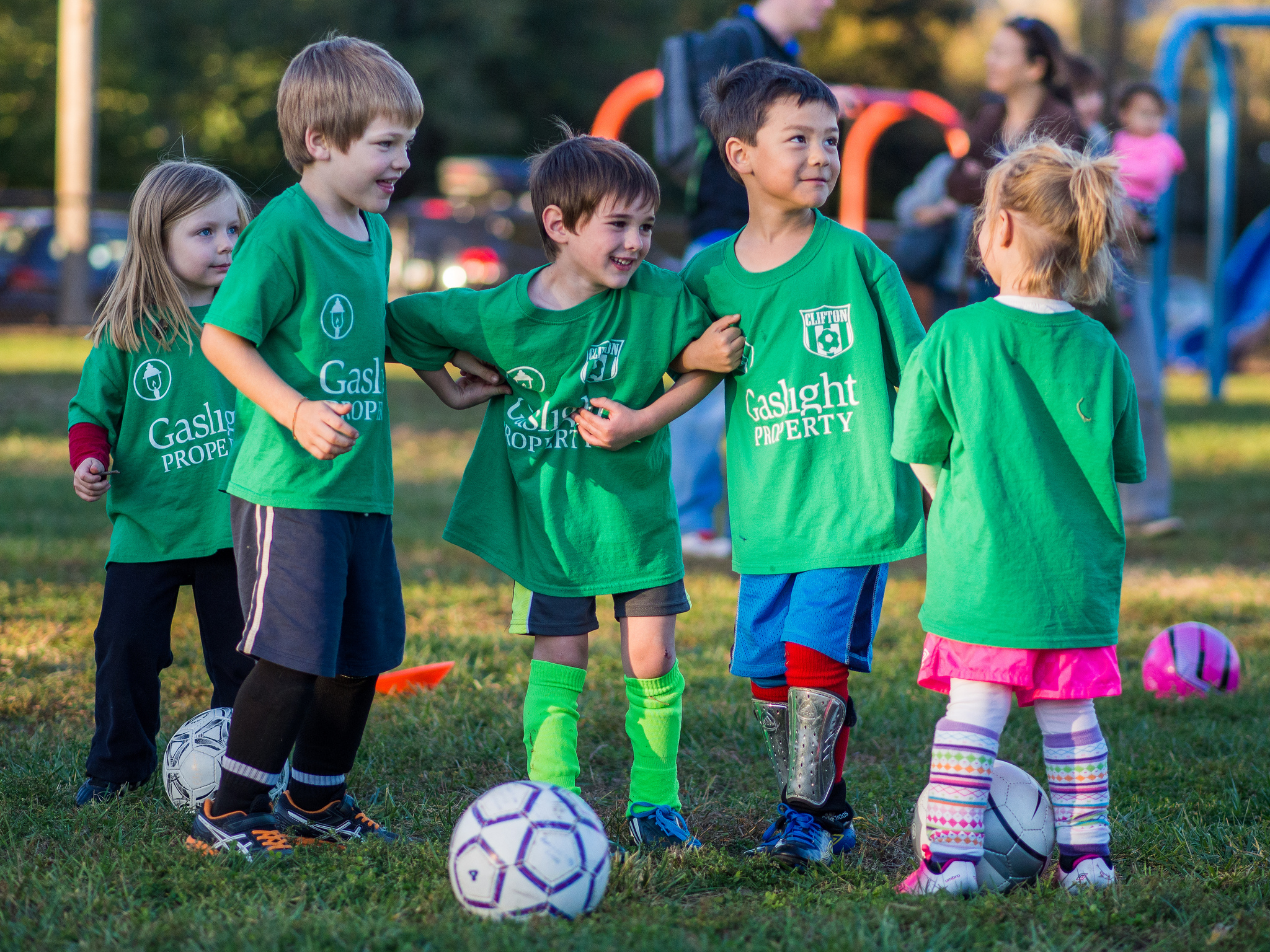 Many years ago, a colleague, Nick Papadopoulos, told me about a complex negotiation he was asked to facilitate between a large corporation and a community of angry activists. They had met several times without external facilitation and were not making progress. Nick practiced Dialogue Mapping, a visual facilitation technique for mapping complex issues in real-time, and he had other sophisticated skills in his toolbelt as well.

The first meeting he attended started at 8am on a Saturday morning in one of the company’s conference rooms. When he arrived, there was no food or coffee. The meeting began, and people were predictably grouchy. The issues they were discussing were political and personal, and they were also discussing them on an empty stomach.

As it turned out, Nick’s wife had just started a catering business. At the next meeting, he brought a tray of her muffins. The tenor of the discussion shifted noticeably, and he started doing this regularly. Several weeks later, after he had successfully brought the negotiation to a close, several of the participants came up to him and told him how much they enjoyed his wife’s muffins.

I wasn’t at any of those meetings. I have no idea what role the food actually played in Nick’s success. He is both modest and skilled, and that probably mattered more than the food in the end. However, for me, his insight about the food was part of what made him skilled. I’m sure it played a significant role in his success.

Why am I so sure?

It’s likely that most people have not yet eaten at an 8am meeting on a Saturday morning. People need food in their systems to be at their best. People like tasty food, especially the homemade kind, which reminds us of family, of people we love, of our humanity. When the topic of conversation is controversial and complex, people need to be at their best. Depriving them of food — consciously or not — is not a good idea. Reminding them of their and each other’s humanity is an excellent idea.

This may sound obvious, but it’s easy to forget. We get so caught up in complexity that we forget simple, important things. Things like everybody is people.

I led the Wikimedia open strategy process from 2009 through 2010. We had over a thousand people from all over the world participate, mostly virtually. It’s not the hardest project I’ve worked on, but a lot of people still marvel at it. They wonder how we were able to get so many people to volunteer their time and to work together so constructively, especially without seeing each other. The answer was simple.

First, we took the time to individually welcome every single person who showed up. Everyone.

This is the simplest thing that you can do in any online forum (and in any face-to-face meeting), regardless of the tool you’re using. There happens to be lots of data showing that welcoming people when they show up is one of the best ways to improve engagement. But really, do we need the data to justify this? Welcoming people is a simple way to establish a relationship, to show people that they are seen and appreciated.

Second, we held virtual office hours once a week for the entire year. We alternated the times to make them convenient for people in different timezones, which meant that every other week, we were up late at night talking to people. We happened to be using a tool called IRC, which is an ancient real-time chatting tool that Wikipedians like to use, but it would have worked with any tool.

These were not meetings, and there were no agendas. The sole purpose was to hang out with me and Philippe Beaudette, our facilitator. We wanted to meet people, to get to know them, and to listen to what they had to say. We also wanted to invite others to do the same with us.

People came. They were often surprised by the lack of formality. They expected us to be guarded or to have agendas. We answered questions, sometimes in great detail (I can get very philosophical), but we weren’t there to evangelize. We were there to listen and to get to know our participants.

Not only did we achieve that goal, it turned out that participation in office hours led to participation in the overall process. We had the data to prove this. But even if we didn’t, we still would have continued doing this or something similar. Relationships matter, and this was one of the best ways we had for developing them.

Third, we tried our best to get to know people as whole human beings. My colleagues, Renee Fazzari and Curtis Ogden, both like to say that we’re not just brains on sticks. Unfortunately, it’s amazing how often we treat each other that way, even in a face-to-face context. It’s even easier to make this mistake online when you can’t actually see the person.

Early in our process, we had one participant who was causing a lot of trouble over an obscure decision that we had made and with which everyone else had agreed. It had to do with whether or not Brazilian Portugese is a different language from Portugese. The issue is more complex than it sounds, and we chose to go in a different direction than other Wikimedia communities, which was within our rights but also required explanation. Our reasoning satisfied everybody except for this one participant, who was making it difficult for us to move forward.

We tried engaging with him in a number of different ways, but nothing worked, and I decided at some point that we just had to do our best to ignore him. As it so happened, Philippe, our facilitator, was going to Brazil to meet with community members there, and I asked him to look out for this one participant just in case.

While Philippe was in Brazil, the participant’s demeanor abruptly changed, and he became one of our most constructive contributors. I asked Philippe what happened. “I just talked to him for a bit,” Philippe said. “He was really great — whip smart and very nice. Oh, by the way, he’s 14.”

I got a good laugh out of that. I had envisioned him as a large, cantankerous man in his 50s, and I was probably communicating with him as such. Knowing his age wouldn’t have changed my respect for him, but it would have helped me engage with him more productively.

Earlier this year, I was helping a practitioner at a large company design a high-stakes offsite for the leaders of one of its divisions. They had been having intense friction, and they were hoping to work through it at this offsite. This practitioner’s instinct was to schedule a 30-minute working lunch, because… well, that’s what they always did, and they had a lot to cover.

I pushed back. I generally treat lunch and breaks at my meetings as sacred time — time to break bread, to reconnect with each other, to rest and reset. I doubted that the extra 30-minutes would result in substantial progress, but I was certain that not taking a break would detract from the rest of the day’s conversations.

To this practitioner’s credit, she not only embraced my feedback, she made some surprising suggestions. Instead of giving them an hour for lunch, why not give them 90 minutes? And instead of hosting a lunch, why not encourage them to go into the city and eat out together? All of these leaders were used to eating at their desks or in meetings during lunch. Going out would feel different.

We went with her idea, and we had our meeting. I facilitated the conversation using my mindset cards, and I felt like I was on top of my game. It was as intense as we expected, but it went well overall. At the end of the day and in our evaluations, our participants had many good things to say, including appreciations here and there about the mindset cards and about my facilitation.

However, the one thing everyone kept mentioning over and over again was the lunch. Everybody loved how spacious it was, the conversations they got to have with their peers that they never had otherwise. Everybody loved getting out of the meeting room and spending time in the city together. It led into a surprisingly deep conversation about why they didn’t always do this and how they might start.

Six weeks later, I checked in with the practitioner to see how things were going. The team was still having issues, but there were signs of progress here and there. The biggest takeaway from our meeting that had stuck? It wasn’t the mindset work that I had so expertly facilitated. It was the long, luxurious, so-unproductive-it-was-productive lunch. People were going out to lunch together more often. People were scheduling more lunches with their teams and protecting lunches in their meetings.

I’ve been helping groups collaborate more effectively for 16 years now. Many of these projects have been extremely complex, which has helped me develop lots of sophisticated skills. I’m proud of these abilities, I have no doubt that they make me a much more effective practitioner, and I work hard to continue to develop them.

But in reflecting on my work over the years, the skill that has undoubtedly had the most impact has been remembering that everybody is people. It’s simultaneously obvious and extraordinary and humbling to realize this. We all understand this at some level, because… well, everybody is people. However, we often forget to incorporate this into our work. We are dazzled by stories of perseverance through difficult circumstances, our ability to “suck it up” or “tough it out,” and rather than optimize our work to help us all be at our best, we create circumstances that require us to be superhuman to succeed and that punish us when we’re not.

This is lunacy. Sadly, it’s all too common.

I don’t think it has to be this way. I think all of us have the power to make changes that will impact our groups in positive, sometimes profound ways, if we just remembered that everybody is people. It starts by looking at ourselves, by asking what we need — as people — to help us be at our best. Maybe there’s something simple that we can do that doesn’t depend on anyone else, whether it’s remembering to eat breakfast or to welcome someone else on your team. It doesn’t have to be hard, but it will make a big difference.

After all, everybody is people.

Thanks to Amy Wu for reviewing an early draft of this post.