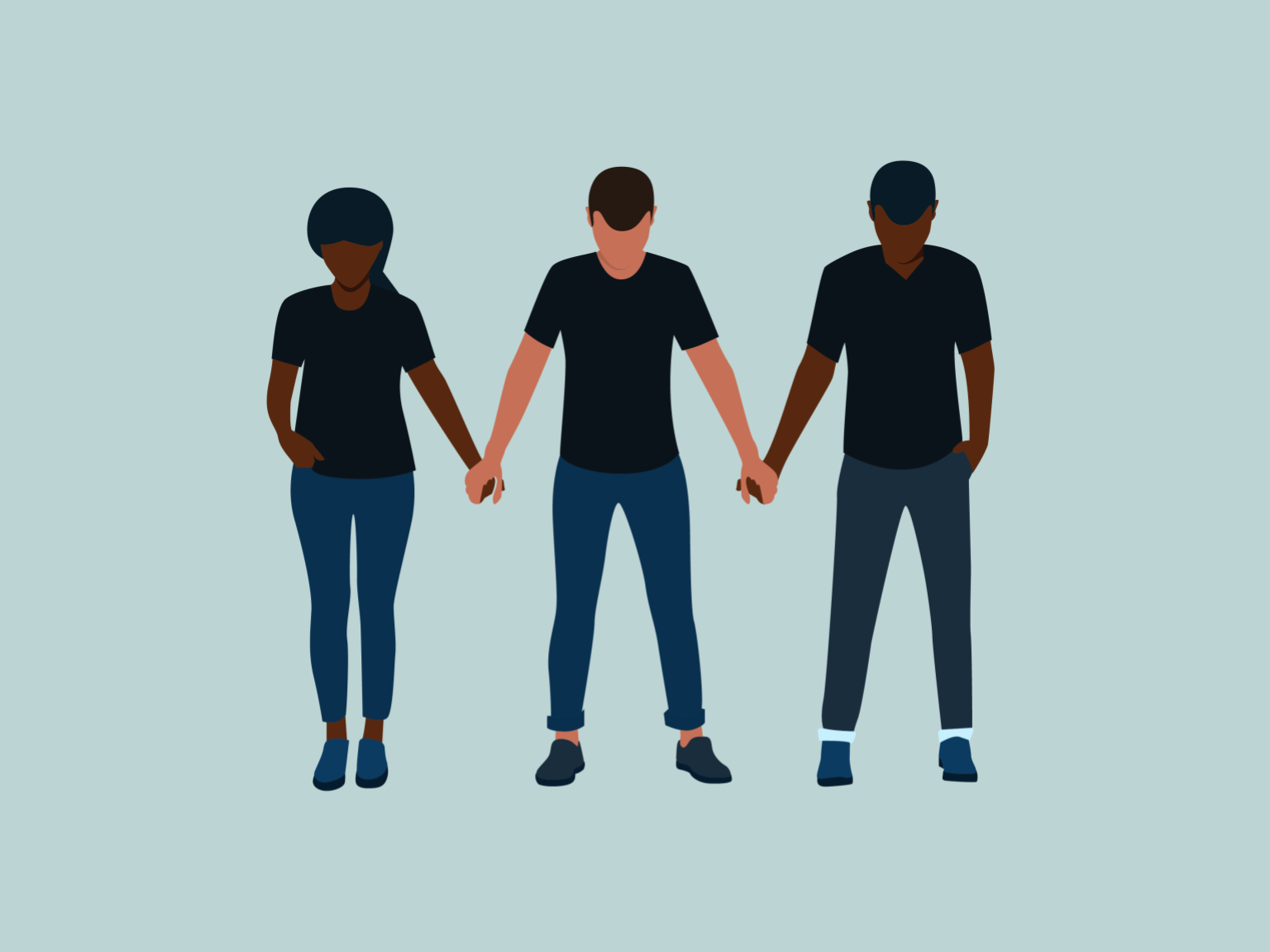 It’s been one month since a white police officer in Minneapolis murdered George Floyd, a 46-year old Black father of five. I’ve found the subsequent response remarkable for its intensity, unprecedented diversity, and impact. While I’m moved by how many people and organizations seem genuinely compelled to act, I’m also vexed by some of the rhetoric around what “doing something” actually means.

Woke theatre aside, I get that it’s hard to know what to do or how. I can see how easy it is to be overwhelmed by the enormity of wanting to eradicate 400 years of structural and cultural racism or by the fear of doing or saying the “wrong” thing. Fortunately, there are a lot of resources out there, and folks have been circulating them with abandon. While many resonate with both my personal and professional experience, I’ve found several to be questionable or worse, and I can’t help feeling like most of this resource sharing misses the point. You can’t just work your way through a listicle and solve racism.

This work is hard, but maybe not in the way most of us think it is. The muscles required to create a more equitable society are the same ones needed to be skilled collaboration practitioners, and they can only be developed through practice and repetition. The key is to focus on the right things and to do them over and over again. The devil, of course, is in the details, and I want to riff on those here.

But first, I want to tell two stories. The first is about data, narratives, and human psychology.

According to the Mapping Police Violence database, 91 people have been killed by police in the 38 days since George Floyd’s murder. Nineteen of them (21 percent) were Black, a slight decrease from the overall percentage over the past eight years (25 percent). Thirty-two of the 91 killed were white.

I read all of the news items documenting each of these 51 killings (not counting the 40 victims of other or unreported race). The vast majority of the victims were armed. Many were violent criminals — rapists, murderers. Several of the deaths were the result of shootouts, and some cops died as a result. A few cases of both Black and white victims raised my eyebrows, but there was nothing that felt as clearly wrong and overtly racist as George Floyd’s murder.

Reading about these 51 deaths left me feeling depressed, but not outraged. As I dove more deeply into these incidents, I couldn’t help wondering how I would have felt about racialized police violence if I had not been exposed to countless stories like George Floyd’s over the years, if my only exposure to police violence were accounts like the 51 articles I read.

It was a troubling thought, because of all the numbers that I mentioned and stories that I shared, there’s only one that really matters: that 25 percent of people killed by police are Black. Why does that number matter? Because only 14 percent of Americans are Black, which means that Black people are disproportionately killed by police by a big margin. Even if George Floyd or Breonna Taylor or Philando Castile or any of the many Black women and men who were definitively unjustly killed by police over the years had never happened, that 25 percent number would still be a clear indication of a racial disparity that needs to be addressed.

Therein lies the essential challenge. No one has ever looked at a number and taken to the streets. There are lots of mental hoops required to make sense of that number, to trust its implications, and then to get outraged by it. We’re seeing this play out right now with the massive racial disparity of COVID-19 deaths, which is killing far more Black and Latinx people than police violence, yet hasn’t resulted in large-scale public outrage. In a perfect world, it shouldn’t take a shocking video of a Black man being callously suffocated to death by a smug white police officer for folks to recognize that the system is racist, but for most of us, that’s exactly what it took.

Except that’s not quite the whole story either. As visceral as George Floyd’s death was, it still wouldn’t have had the impact that it did without the massive amount of work and resources that the Movement for Black Lives has invested in organizing, mobilizing, and collectively aligning around a policy platform over the past eight years. Contrary to how it may appear on the surface, the Movement for Black Lives isn’t just a hashtag. It’s also not a single organization with a clear hierarchy of decision-making and leadership. It’s a network full of leaders, organizations, and activists, some more visible than others, but every one of them playing a critical role. That makes it harder to understand, talk about, or fund.

Human beings love simple, emotional narratives. We need to accept this about ourselves and leverage it to motivate change. But once we allow ourselves to be moved, we also have to be willing to let go of these simple, emotional narratives and dive more deeply into the messy and far less compelling nuts and bolts of the work. Real change takes lots of hard work, the kind that most people are completely uninterested in hearing about or doing.

The second story I want to tell is about basketball.

If you’re defending, and you see the other team set a screen, all you have to do is yell, “Left!” or “Right!” depending on where the screen is relative to your teammate. At best, your teammates can adjust and eliminate the offensive advantage. At worst, you save a teammate from a painful collision. It is a simple and effective intervention that doesn’t require any special athletic abilities. All it takes is attention and communication.

Still, it’s not intuitive. Many players — even experienced ones — have to be told to “call out the screens,” often by a frustrated teammate who has just been flattened by one.

I find this fascinating. Basketball is a hard sport to learn and play. I’ve played it my whole life, and I’m still mediocre at the shooting and dribbling part, which require physical acumen. But I’m great at calling out screens, which simply requires me to talk. Why is it so hard for others? Why isn’t this the first thing that people learn how to do?

It turns out that being an ally is a muscle, and that developing that muscle takes practice.

A few weeks ago, I was on a check-in call for a network of Black activists and allies. On the first part of the call, folks shared a number of inspiring stories about some of the amazing work happening on the ground in Minneapolis and other places around the U.S. Themes around being invisible and the importance of reclaiming one’s own agency and not replicating existing power dynamics came up over and over again.

Afterward, we broke out into small discussion groups. I was in a group with four other people, including a moderator. None of us knew each other, so the moderator called on people, one-by-one, to introduce themselves, and he inadvertently skipped me. I waited several moments for someone — anyone — to point this out, but nobody did, and the group started diving into the discussion. I finally found a point to jump in, saying with a smile, “I have a thought, and while I’m at it, I’ll also introduce myself.”

The moderator profusely apologized, not just in the moment, but throughout the rest of the discussion. I was touched by how badly he clearly felt. It was fine, I knew it wasn’t intentional, and I would have been okay regardless. And everyone in the group was lovely. What really stuck out for me, though, was how no one else in the group noticed or said anything, especially after all of the talk beforehand about the importance of seeing each other, of being seen, and of being good allies.

I’ll say it again: This work is hard, but maybe not in the way most of us think it is. The muscles required to create a more equitable society are the same ones needed to be skilled collaboration practitioners, and they can only be developed through practice and repetition. The key is to focus on the right things and to do them over and over again.

I’ve worked with all kinds of groups over the years, including many social justice groups, and I’m constantly struck by how bad most of us are at the fundamentals. It’s why I’ve moved away from larger systems change projects and have focused my energies on training and coaching. If you’re trying to create a more equitable world, but you can’t even run an equitable meeting, much less an equitable organization, you’re focused on the wrong problem. Everything is connected. If we just stepped back and started with smaller, simpler (but by no means simple) challenges, giving ourselves plenty of permission to make mistakes along the way, we would be far more likely to make headway with the bigger, harder societal problems that so many of us care so much about.

Which brings me to the thing I really want to say to collaboration practitioners and organizations who want to contribute to a more racially just world. Urgency is the enemy of equity. If you really want to make a difference, start by slowing down.

All of the racial equity training in the world won’t make a lick of difference if you don’t have the mechanisms and the right mindsets in place to get clear and aligned about success, to adjust based on what you’re learning, and to hold yourselves accountable to your stated values. In many ways, these are the easiest things to implement, and yet they’re the things groups are most likely to skip. I can’t tell you how many groups have approached me over the years wanting to change their culture somehow, someway, and yet weren’t willing to schedule regular time to assess how they were doing. Frankly, most practitioners I know skip these steps too, and our impact suffers as a result. We get away with it, because no one holds us accountable to long-term success, and the status quo continues merrily on its way.

Earlier this year, I wrote about my six-year journey to learn how to slow down. I know how hard it is to change these habits, and I don’t want to suggest that what I did will work for everyone. All I know is that it matters, that it’s an affliction that infects many of us, and that you’re more likely to propagate than address inequity if you don’t figure out how to fix this. It won’t be worthy of a press release, but it’s more likely to result in the impact you want to have in the long run. Moreover, if enough of us do this, the right things will start to happen in society at large.

Update: I clarified the number of victims since George Floyd’s death (91) above, explaining that I focused on the Black and white victims (19 and 32 respectively, for a total of 51). Thanks to Travis Kriplean for the suggestion.